If you’re curious to know how the metal scene is in Belarus, here is Artyom, guitarist and one of the founders of Minsk-based Technical Death Metal four-piece beast Amentia, to talk about not only that, but also about his biggest influences in music and a lot of nice-to-know details about the band’s latest album, the pulverizing Scourge. 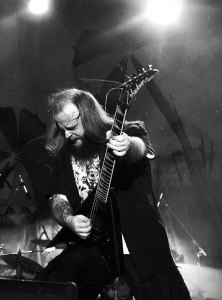 The Headbanging Moose: Can you please introduce Amentia to the readers of The Headbanging Moose, telling a little about your origins, your goals and your music? What are the main differences between Amentia in the early days to what the band is now?

Artyom: Amentia was formed in 2003 in Minsk, Belarus. Initially it was created as a studio project and it remained like that until 2006 when the band performed live for the first time. But the live period didn’t take too long and since 2009 Amentia returned to the status of a studio project due to the numerous line-up changes and the lack of suitable musicians who could play the material live. Though there were some attempts to find the proper members and actually we still don’t give up on performing live and maybe someday we will complete the lineup and present our material on stage. If we speak about the differences between Amentia in the early days and now I can say that this band was playing technical brutal death metal from the very beginning but with each album the music was becoming more and more mature and emphatic. The structures of the songs became more complex, melodies – more interesting, more and more elements of different genres were embedded in the main style of the band’s music, like avant-garde, math, progressive and sometimes even jazzy tunes.

THM: Last year you released an amazing album of old school Death Metal titled Scourge, which has been getting lots of positive reviews worldwide. What can you tell us about the recording process of the album, what worked well and what were your biggest issues? In addition, Scourge is the first release of the band after six years of absolute silence. Why did it take so long for Amentia to record a new album?

Artyom: The recording process itself went pretty smooth but the most difficult part was mixing and mastering. This is the first album which Alex decided to mix himself and it was a big challenge for him. He was studying this process really thoroughly, by trials and errors, and it took a lot of time until he was satisfied with the result. But the main reason why Amentia was silent for 6 years is because each of us has (or had) other bands and we had to dedicate our time also to them. At that time Alex was playing in POSTHUMOUS BLASPHEMER and couple of other projects in different non-metal genres. I performed and am still performing in DEATHBRINGER, DISLOYAL, WOE UNTO ME, THY DISEASE, and also in some bands as a session guitarist. By the way DEATHBRINGER is one more band where we are playing together with Alex.

THM: Scourge also features two new members, Valery “Vile” Toothgrinder and Zubov, both on vocals. Can you tell us a bit about them? How were they chosen to be part of the band, and what do they bring to the band’s music that wasn’t there before?

Artyom: Well, Zubov was a vocalist in POSTHUMOUS BLASPHEMER so Alex and him know each other for quite a long time and played together, so when it came to recording vocals he was the easiest candidate, without any hesitation we decided that his guttural growls would fit perfectly. But we also wanted to diversify the vocals just a little bit by adding some screams and our good friend Vile was eager to try and it appeared that his screams were exactly what we’ve been looking for. The combination of their voices added some density and fat to the music.

THM: Two of my favorite songs of the album are the devastating Anorexia and Sentence Executioner. What’s the story behind those two songs, and what message are you sending to the listener through their lyrics? 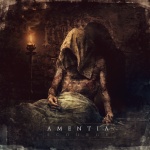 Artyom: I think the names speak for themselves. Anorexia is a song about a person with a very popular nowadays mental disorder, who is obsessed with losing weight and starvation so much that gradually deprives him/herself of vital energy and kills him/herself. Sentence Executioner is a song about a person who works as an executioner in prisons and killing people becomes his everyday routine, the line between life and death erases and he dissolves in the world of torture, mutilation and killing, forgetting about the normal life. In general we do not have any special message which we’d like to send to the listener, we are just showing the brutality of the real world, all the diseases, cruelty and injustice that surround us.

THM: Another nice detail in Scourge is its dark and sinister cover art, designed by Mayhem Project Art. How was the process together with that company until you reached this final design, and what does the album art mean to the overall concept of the album?

Artyom: Our label has offered us to work with Mayhem Project Art. We looked through his works and we were very satisfied with his style. We just gave him the lyrics, explained the main lyrical themes and he came up with an idea to depict a weak and sick character covered with sores and wounds, suffering from the combination of different diseases; a piece of old dirty cloth covers his head, he is abandoned and rejected by everyone. And this collective image covers all the main lyrical themes of this album, so we really liked the idea.

THM: As an old school Death Metal band I’m pretty sure your strongest influences in music come from traditional Death Metal bands like Suffocation, Cannibal Corpse and Death, am I right? Who else has had a significant influence on your music from the Death Metal scene, from other types of heavy music, and even from non-metal styles?

Artyom: Definitely bands like MORBID ANGEL, DEATH, SUFFOCATION and CANNIBAL CORPSE have influenced most of the bands that play death metal. We are listening to all kinds of music and it is reflected to some extent in our works. If we are speaking about extreme music then I can name BLOTTED SCIENCE, DECREPIT BIRTH, MISERY INDEX, GORGASM, GORGUTS, NECROPHAGIST, MESHUGGAH, GOJIRA and many more. What concerns other genres in my case it would be worth mentioning ULVER, PINK FLOYD, WARDRUNA, DEVIN TOWNSEND, TOOL, HAMFERÐ, IHSAHN, LEPROUS, PAIN OF SALVATION, MASTODON, OPETH, BOHREN & DER CLUB OF GORE, etc. Alex listens also to a lot of funk music, jazz, rhythm and blues, like MARCUS MILLER, VIKTOR WOOTEN, AMY WINEHOUSE, JAMIROQUAI, Ukrainian rock band OKEAN ELZY.

THM: I had the pleasure to review a few bands from Belarus in the past few years, those being Irreversible Mechanism, Dzhatinga and more recently Ljosazabojstwa, all extremely talented but unfortunately with very little support from the media. With that said, how do you see the current metal scene in Belarus? Can we say it’s growing in importance, or is it still way too underground to be considered a true movement in the country? And what other Belarusian metal bands do you recommend to our readers?

Artyom: Nothing has changed in Belarus. Metal is still total underground in our country and looking at the number of people attending metal shows and buying CDs I would say that it’s slowly getting worse unfortunately. But it doesn’t affect so much the amount of metal bands. We have a lot of talented musicians in different genres but not all of them can withstand this situation in underground metal, this poor infrastructure and all kinds of obstacles created by our society, government and general cultural development of the masses. If you haven’t heard about the following bands from Belarus yet, then I’d recommend to check out: SERDCE, DEATHBRINGER, IRREVERSIBLE MECHANISM, RELICS OF HUMANITY, POSTHUMOUS BLASPHEMER, NEBULAE COME SWEET, WOE UNTO ME, and VICTIM PATH. 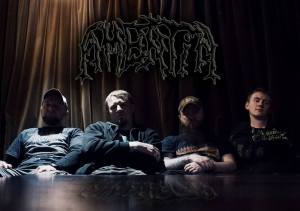 THM: How have been the concerts to support the release of Scourge? Any memorable moments Amentia have had as a headliner or supporting any major acts in your homeland or in other countries that you would like to share with us?

Artyom: As I’ve mentioned before Amentia is still just a studio project and we don’t play live at all. But I really hope that it will change in the future and we will have some great touring and concert stories to share with you in our next interview.

THM: Now that Scourge has been out for a while, what can you tell us about the future of the band? What are your plans regarding the recording of new material and, consequently, new tour dates?

Artyom: We’ve already started working on new material. Slowly, in the intervals between activities in other bands but the new Amentia album arises.

THM: Thank you very much for your time, we really appreciate that! Please feel free to send your final words to our readers, and anything else you would like to say as your final considerations.

Artyom: Thank you so much for this interview and your interest in Amentia music. Huge thanks to all the readers who will check out this interview. Keep supporting underground metal, attend shows, buy CDs and stay brutal. Only thanks to you metal music is still alive.