Powerful and poetic heavy music directly from the ancient island of Aphrodite into your metallic ears, blending modern aspects of Melodic Death Metal along with an old school Death Metal atmosphere. 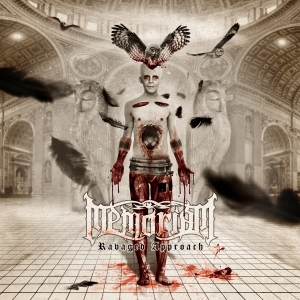 The Republic of Cyprus might not be known worldwide for its metal scene like Finland, Germany or Italy, with less than 60 active bands hailing from the ancient island of Aphrodite as per Encyclopaedia Metallum, but since 2012 there’s a band from the capital city of Nicosia that wants to change that image through their vigorous music. Playing a unique style that blends modern aspects of Melodic Death Metal along with an old school Death Metal atmosphere, Cypriot metallers Memoriam have just released their debut EP titled Ravaged Approach, containing five distinct compositions tailored for fans of bands that know how to generate some good harmonious noise such as Amorphis, Amon Amarth and Children of Bodom.

Displaying a grisly artwork by Greek artist and musician Manthos Stergiou (Manster Design), Ravaged Approach will provide you a different story in each of its songs, with concepts such as political and religious corruption, as well as human ignorance and arrogance, being utilized to pinpoint and cauterize the human psyche as the music progresses. Put differently, you’ll face introspective passages followed by heavier and angrier moments, pure savagery amidst harmonious lines, among other paradoxal but complementary elements, all embraced by the poetry found in the lyrics by those five talented musicians.

In the opening track Incessant Martyrdom, a gentle intro quickly becomes a dense feast of Melodic Death Metal, with the guttural vocals by Artemis Choutris leaning towards old school Death Metal while the top-notch quality of the album’s recording elevates the power of guitars, bass and drums to the next level. Moreover, not only lyrics are extremely poetic, but also amazingly cryptic (“I am someone else / I can’t accept my mind / Passive-Aggressiveness / I hear a bluebird cry / I am invincible / I am inaudible / Self-Ultimatum / A conscious Pendulum”). Following that great start, Deception Inc. brings forward more sharp riffs blasted by guitarists Andreas Haggiandreou and Panayiotis Chrysostomides, with bassist Thirsos Makloklas and drummer Barnabas Koromias leading this violent tempest of modern metal music with an old school punch on vocals. 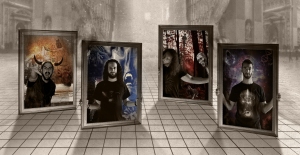 Then we have lots of progressiveness and feeling in the excellent song Metaphysical Idiom, where Andreas and Panayiotis fire some razor-edged riffs and solos while Artemis continues to showcase all his vocal power; and Sated Bull, with its encouraging lyrics about never giving up (“If we must die, we must die defending our rights / Then every seed is awakened / Along with all animal life / Stone in my heart, / A buffalo ready to fight, / Unshackled lost prophets, / A bloodsport that perished all tribes.”). Once again displaying an amazing amount of intricacy through all instruments, this hymn is highly recommended for some sick headbanging, with the bass guitar by Thirsos beautifully vibrating nonstop in the background. And the fifth and last song of the EP, named Βάκχαι (The Bacchae), inspired by an ancient Greek tragedy, sounds very metallic and extremely heavy, with its old school Death Metal guitars contrasting with the song’s contemporary rhythm effectively, also exhibiting another excellent performance by Barnabas on drums.

In order to start exploring the realms of Cypriot Metal, go check Memoriam’s Facebook page and YouTube channel, where you’ll see their level of professionalism, passion and determination for heavy music is just as grandiose as in any other country with a more developed scene. And if you want to show your true support for metal from the ancient island of Aphrodite (which would be an amazing name for a song or album, don’t you agree?), go grab your copy of Ravaged Approach at their BandCamp page, at CD Baby, on iTunes or on Amazon. After Ravaged Approach, it’s just a matter before Memoriam begin spreading their wings all over the world, reaching new heights (and several different countries) with their music and live performances.

Best moments of the album: Deception Inc. and Sated Bull.