Are you ready for an excellent album of Horror Metal set in mid-13th Century Eastern Europe that weaves an eerie and epic tale of witchery? 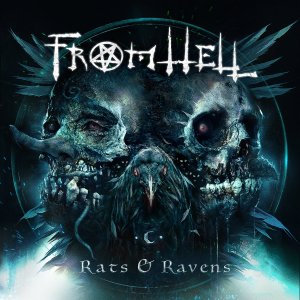 Labeling themselves as a Horror Metal concept band in which each recording is intended to be its own horror story, San Francisco, California-based Thrash/Death Metal act From Hell are unleashing upon humanity the second chapter in their horror anthology since their inception in 2010, the dark and sinister Rats & Ravens, an album set in mid-13th Century Eastern Europe that weaves an eerie and epic tale of witchery throughout its ten original tracks. Produced by Greg Wilkinson (High on Fire, Necrot, Autopsy) and mastered by Maor Appelbaum (Faith No More, Annihilator, Cynic), Rats & Ravens is not only the natural follow-up to their 2014 effort Ascent From Hell, but an evolutionary step in the career of the quartet currently comprised of the band’s mastermind and founder Aleister Sinn (also known as George Anderson) on vocals and guitar, Steve Smyth also on the guitar, Stephen Paul Goodwin on bass and Wes Anderson on drums. “The story is about a witch who desires children of her own and steals them from the villages nearby,” Aleister explains. “When she kills them, she traps the ravens who come for their souls. She keeps the children on this earth, reanimates their corpses with rats and calls them ‘Lilium.’”

Right after a short and sinister intro entitled Dark Heart, From Hell come crushing in the modern-day Thrash Metal tune They Come At Night, with its dark lyrics being manically vociferated by Aleister (“Running through the forest as daylight starts to dim / Following close behind I hear them closing in / Demons of the forest. Spirits in the wind. / Whispering in the darkness. Whispering, ‘She comes again!’”) while Stephen brings the groove with his wicked bass, followed by Lilium, a song about the proclamations from the witch as to what she has done, where the band blasts a thunderous fusion of Thrash and Groove Metal the likes of Lamb of God and Overkill, and with Aleister and Steve being merciless with their venomous riffs. And after a brilliant drum intro by Wes it’s time to slam into the pit together with From Hell in the infernal The Witch, an old school thrashing extravaganza showcasing fulminating riffs and rumbling bass punches, or in other words, the whole package diehard fans of the genre are always searching for.

Venturing through darker and more demonic lands, From Hell brings to our ears a mid-tempo, spine-chilling tune titled Don’t Cry For Help, led by the rhythmic beats by Wes while the band’s guitar duo kicks some serious ass with their riffs and solos; whereas Three And Nine is a ritualistic Thrash and Groove Metal chant where the entire band makes the skies darker and the fires form the netherworld stronger and brighter with their refined techniques, therefore keeping the level of horror in the album extremely high, and with Wes once again smashing his drums in great fashion from start to finish. Then in Forest Of The Screaming Trees a sinister, uncanny background is gradually accompanied by acoustic guitars before all hell breaks loose, morphing into a movie score-inspired Thrash Metal beast where Aleister, Steve and Stephen are in absolute sync with their hellish strings. 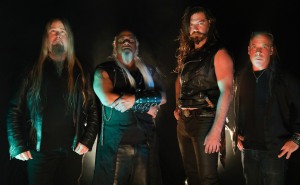 In the excellent Room For One those four metallers deliver a classic thrashing riffage together with vicious, pounding beats, generating the perfect ambience for Aleister and his high-pitched, devilish roars and, as a result, living up to the legacy of bands like Exodus and Testament. It’s a true headbanger, I might say, and it’s time to put the pedal to the metal and blast our ears and skulls with the frantic Body Rats, a classic Thrash Metal composition for the masses where Aleister leads his horde with his inhumane screeches while Stephen and Wes keep the earth trembling with their respective weapons. Lastly, there’s nothing better than a straightforward, in-your-face thrashing tune with some good amount of shredding, soaring screams and intricate beats like Am I Dead to properly close the album, with Wes being once again insane on drums, providing his bandmates all they need to darken our hearts and souls in the album’s climatic finale.

If you’re a fan of horror movies and at the same time a longtime admirer of Thrash and Death Metal, I highly recommend you go grab a copy of Rats & Ravens either by clicking HERE (where you can also stream it in full on Spotify) or by visiting the Scourge Records webstore, and don’t forget to follow the band on Facebook and on Instagram for an additional share of horror, blood and mystery by keeping up to date with their news, releases and tour dates. From Hell did a fantastic job uniting their scorching metal music with witchcraft in Rats & Ravens, an album that doesn’t get tiresome nor bland at any given moment; quite the contrary, this is how heavy music should always sound. Heavy, dark, intricate and, above all that, absolutely evil.

Best moments of the album: Lilium, The Witch and Room For One.