Enjoy the darkest side of heavy music forged in the deep and ghoulish den of “Hellsinki”.

“Through the gates left open.
From the paths unknown.
Came three unholy bastards…” 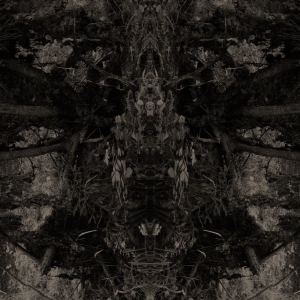 How about that? Those are the beautiful words used by Finnish Doom/Stoner Metal band Dö to present themselves to the rest of the world, and let me tell you they couldn’t be more accurate than that. Furthermore, you might be asking yourself what “Dö” means and how to pronounce it, right? If I’m not mistaken, “Dö” means to die or kick the bucket, with its correct pronunciation being available HERE. This is all very interesting, but what about their music? Well, that’s where the band truly excels, firing deeply disturbing and exciting tunes for our deviant delectation.

Forged in the frozen flames of “Hellsinki”, Finland (or just Helsinki for the mere mortals) and fueled by epic amounts of bitterness, alcohol and dark humor, those talented Finns embrace darkness once again after the release of their unnamed debut EP in the beginning of 2014 to offer us metalheads a brand new EP entitled Den, which goes on for over 28 minutes despite having only four tracks and, believe me, there’s absolutely no sign of hope or tranquility throughout its entirety. After all, we’re talking about the darkest form of Doom Metal, which means happiness is just a distant memory and nothing we would expect to hear from a band like this.

That characteristic Doom Metal rhythm is already there in the excellent For the Worms, with its low-tuned riffs by Big Dog and slow and steady drumming by Peat Rex, enhanced by hints of the most obscure songs by Black Sabbath. The song, which begins with an acoustic intro followed by the harsh growls by Deaf Hank (by the way, one of the highlights of the entire EP), showcases lyrics that couldn’t be more morbid and desperate, especially its funereal chorus. Not only that, its guitar solo by Big Dog, totally inspired by heavy classics from the 70’s, adds an extra layer of mysticism to the final result.

Following that marvel we have the even more gruesome Frostbites, which if you live in a warm country or have never heard of it means the medical condition in which localized damage is caused to skin and other tissues due to freezing. Just as “lovely” as that sounds, the band provides us some amazing instrumental passages, with highlights to the excellent job done by Peat Rex in maintaining the rhythm as nefarious as possible without becoming stale, while Deaf Hank vociferates the lyrics with an extra dose of negativity during the chorus (“Red skies / Dark eyes / Last rites / Frostbites”). Another awesome part of the lyrics is “You live in fear / Winter is here”, probably as a tribute to the country where they come from (although it’s not dangerous there at all, it’s just damn cold), and once again Big Dog masters the art of old school guitar solos.

Just when you think it couldn’t get more freakish the band comes with the mesmerizing tune Hex, thanks mainly to the cryptic and polished riffs by Big Dog, with the second half of the song being a perfect Stoner Metal exhibit. And last but not least, The Moon Follows Us, a track highly recommended for metalheads that love dark and extremely well-crafted music, brings forth a comprehensive mix of Doom and Stoner Metal, with its cleaner guitar riffs providing it a slightly lighter atmosphere while the raspy screams by Deaf Hank and drums by Peat Rex are the “doomed” side of it.

Please, I’m kindly asking you to visit their Facebook page, BandCamp and YouTube channel to know more about this outstanding Finnish band, listen to the entire EP, purchase their music and support them in their path to stardom. Moreover, if you do not do what I’m saying, those three unholy bastards will drag you anyway to their grisly den, so why resist and suffer their wrath when you can easily join the dark side of music and, of course, enjoy it?

Best moments of the album: For the Worms.