The perfect soundtrack for those crystalline winter, woodland walks, courtesy of a Bavarian heathen horde armed with their Folk-drenched Black Metal. 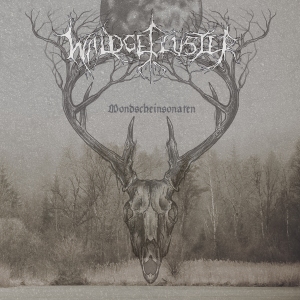 There’s nowhere like Germany in winter time. The forests, the castles, the markets and the “gluhwein” (a type of mulled wine from German-speaking countries made from red wine with cinnamon and other herbs and spices), all offer solace for the wandering winter soul, as well as the music as you’ll be able to enjoy in Mondscheinsonaten, the brand new opus by Munich, Bavaria-based Black/Folk Metal horde Waldgeflüster. Both the name of the band (German for “forest whisperings”) and the album name (which translates as “moonlight sonatas”) already give you a very good idea of how powerful their new Folk-drenched Black Metal eyries are, melting the coldest of hearts, but it’s after hitting playing and immersing yourself in their music that you’ll finally understand what Bavarian heathen music is all about.

Formed in 2005 as a one-man project by vocalist and multi-instrumentalist Winterherz (whose full name is Jan van Berlekom), Waldgeflüster evolved into a full-bodied band in 2014 when guitarists Dominik Frank and Markus Frey, bassist Arvagr and drummer Thomas Birkmaier joined Winterherz in his quest for metal music for good, after having played with him either as studio or live musicians in previous albums and concerts. Building strongly on the band’s heathen foundations, melding clean and harsh vocals seamlessly and integrating folk instrumentation sparsely enough to augment (but never over-embellish the exceptional blackened metal grounding), Mondscheinsonaten is perfectly pitched to fuel those crystalline winter, woodland walks with its immensely infectious melodies and haunting refrains, with the entire band sounding extremely crisp, mature and cohesive throughout the album’s over 60 minutes of stylish and enfolding music.

Embraced by the sound of the howling wind, the melancholic, acoustic Einleitung (“introduction”) warms up our hearts for the dense and thrilling Der Steppenwolf (“the steppenwolf”), with Winterherz growling deeply while Domink and Markus extract sheer darkness from their guitars. In other words, this is a journey through the realms of Atmospheric Black Metal and Blackened Folk Metal where the music keeps growing in intensity as time goes by, while Thomas, armed with his classic blast beats, makes sure not a single space is left empty. Then get ready for over twelve minutes of a flawless fusion of folk and extreme music entitled Gripfelstürme (“summit storm”), where the band’s guitar duo once again hypnotizes us with their scorching riffs and with Winterherz being on fire with both his demonic gnarls and his obscure clean vocals, also showcasing ethereal passages and backing vocals that add a touch of finesse to the overall result.  And Waldgeflüster continue to invade our minds and captivate our senses with the atmospheric Rotgoldene Novemberwälder (“red golden November forests”), uniting the most visceral elements from classic Black Metal with the melancholy of Atmospheric Black Metal, with strident guitar lines, intricate beats and pitch black darkness flowing nonstop from this bitterly cold aria. 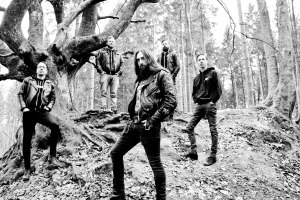 In Und der Wind… (“and the wind…”), a serene intro explodes into sheer aggression and rage in the form of old school Black Metal with Thomas sounding bestial on drums while Arvagr delivers thunder through his bass lines. Moreover, your soul will certainly get lost throughout the song’s ten detailed and dense minutes; whereas in Von Winterwäldern und Mondscheinsonaten (“from winter forests and moonshine nights”) we’re treated to more flammable sounds flowing from all instruments, in special from Dominik’s and Markus’ guitars, with Winterherz roaring with all his strength while the music brings hints of Progressive Black Metal to make things even more entertaining. Then closing the regular version of the album we have the delicate Staub in der Lunge (“dust in the lungs”), beginning in the most serene way possible with its clean vocals and acoustic guitars dictating the rhythm before the entire band comes ripping one last time with their refined Black Metal sonority. In addition, Dominik and Markus once again steal the spotlight with their piercing guitar lines for our total delight. And if you acquire the black/grey double vinyl version of the album, you’ll also get the acoustic version for Der Steppenwolf as a bonus track, a beautiful and very delicate alternate rendering of one of the best songs of the album.

In case you’re already prepared to get lost in the heathen lands of Bavaria together with Waldgeflüster, you can enjoy Mondscheinsonaten in full  on YouTube and on Spotify, and purchase your copy of the album from the band’s own BandCamp page or from the Nordvis Produktion’s official webstore (as well as from several other locations by clicking HERE). In a nutshell, as aforementioned the “moonlight sonatas” by this talented horde of musicians hailing from the stunning Bavaria are the perfect soundtrack for a cold and pensive winter walk, proving once again Folkened Black Metal is more than just a subgenre of extreme music, but an intrinsic part of the lifestyle and culture of the coldest parts of earth.

Best moments of the album: Der Steppenwolf and Gripfelstürme.