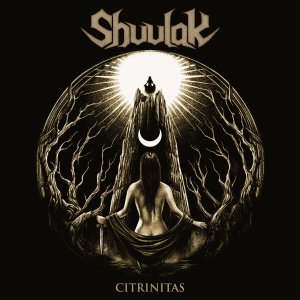 In 2014 in Breda, a city and municipality in the southern part of the Netherlands, located in the province of North Brabant, a friendship formed during previous musical collaborations laid the foundation for what’s to become Dutch Heavy Metal act Shuulak, whose otherworldly songs, deeply rooted in alchemy and the occult, explore man’s obsession with things that would only  destroy him. Constantly challenging themselves through the years, the band comprised of Bastiën Baron on vocals, Eve Laetitia and Ricardo Kroon on the guitars, Puck Wildschut on bass and Angelo Tower on drums has already released three EP’s since their inception, those being Nigredo, in 2017, a concept signifying the first step in the alchemist’s magnum opus with its songs being a collection of tales telling of humanity’s desire for greatness inevitably ending in madness and depravity, Albedo, in 2018, and finally Citrinitas, now in 2019, where the band continues their pursuit of alchemical enlightenment. Not only that, the band does their own recording, photography, video editing and visual design, with their music standing as a testament to the undying power of our good old Heavy Metal, especially in the underground and independent scene.

And Shuulak don’t waste a single second and start blasting sheer awesomeness to our avid ears in the opening track, entitled The Chosen, where Eve and Ricardo cut our skin deep with their scorching riffs while Puck and Angelo generate a rumbling atmosphere in the background, spearheaded by Bastiën and his soaring vocals. Then blending the epicness of bands like Primal Fear with the Melodic and Progressive Metal of Dream Theater and Mastodon we have Altar of Gods, another solid and captivating tune by Shuulak where Puck’s bass punches will make your head tremble, while Eve spits fire from her excellent riffs and solos. In Chaosborn this talented five-piece act brings thunder and groove to their classic Heavy Metal, with Bastiën sounding truly obstinate and enraged on vocals as if he’s marching into battle, while the band’s guitar duo keeps embellishing the airwaves with their old school riffage and Angelo doesn’t stop pounding his drums in great fashion, before we’re treated to the title-track Citrinitas, an eerie, atmospheric composition where the sound of the organs and delicate female voices will hypnotize your senses, as if the band is warming up our souls for their upcoming release. 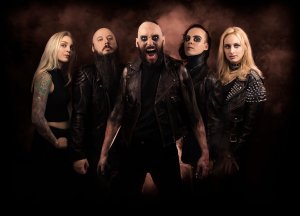 Hence, while we wait for Shuulak’s next step in their promising career, we can all enjoy Citrinitas, which by the way is a term given by alchemists to “yellowness” (being one of the four major stages of the alchemical magnum opus, and literally referred to “transmutation of silver into gold” or “yellowing of the lunar consciousness”), in full on YouTube and on Spotify, and purchase it directly from the band’s own BandCamp page or from Apple Music. In addition, don’t forget to follow such distinct band on Facebook, showing all your support to Bastiën, Eve, Ricardo, Puck and Angelo, five Dutch “alchemists” that definitely know how to transform their wicked ideas and thoughts into top-of-the-line Heavy Metal.

Best moments of the album: Chaosborn.