Enter the phantasmagoric realms of Death Metal ruled by four skillful and ruthless musicians from the underground Norwegian scene. 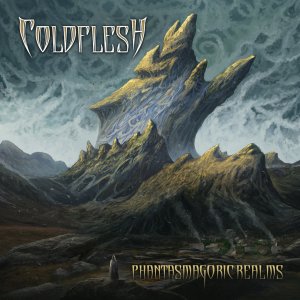 Forged in 2014 in the fires of Oslo, the capital of the always alluring country of Norway, when guitarist Audun Melbye brought in some songs from his former band Pieces, the up-and-coming Death Metal squad known as Coldflesh started recording their first studio album back in 2016 (when they settled on the band name, by the way), but after several vocalists and inadequate conditions to record it (resulting in tracks that were not showing the band’s full potential), the album was reduced to a four-track EP entitled Phantasmagoric Realms and postponed to a March 2020 release. However, the band now comprised of vocalist and guitarist Robin Berg Pettersen, guitarist Audun Melbye, bassist Magnus Slettebø and drummer Laszlo Juhos nailed it in their debut endeavor, delivering a high-end fusion of old school Death Metal with more contemporary Extreme Metal sounds and, therefore, pointing to a bright future for this Norwegian horde.

The opening track Deficiency already begins in full force, with Robin and Audun’s heavy riffage together with Laszlo’s pounding beats generating a reverberating atmosphere, blending classic Death Metal with the Melodic Death Metal from the Gothenburg scene, not to mention Robin’s demonic, deep growling. Then we have the title-track Phantasmagoric Realms, a solid tune full of classic beats, soulful guitar solos and endless rage that keeps inviting us all to slam into the mosh pit, with Robin and Audun, supported by the massive bass punches by Magnus, slashing our ears mercilessly; followed by Aeons Absorbed, another crushing Death Metal extravaganza led by Laszlo’s rhythmic drums and Robin’s wicked roars, sounding perfect for banging your head nonstop and reminding me of some of the creations by the mighty Unleashed (but with a darker twist). And the final act by Coldflesh comes in the form of Eradicate The Futile, a mid-tempo, hammering tune where the bass by Magnus sounds infernally heavy, with Laszlo bringing forth a warlike ambience perfect for the band’s guitar duo to kick ass with their shredding, effectively ending such short but very entertaining album of extreme music. 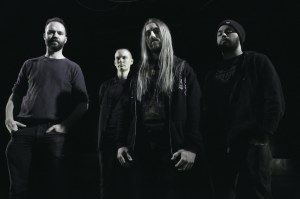 In summary, although Coldflesh were forced to shorten their debut installment due to unforeseen reasons, those Norwegian metallers managed to do a really good job in Phantasmagoric Realms, showcasing all their talent, dedication and passion for Death Metal in the 18 minutes of music found in the EP. Hence, go check what this new name from the underground Norwegian scene is up to on Facebook, and of course go show your true support to independent metal by purchasing your copy of Phantasmagoric Realms from the band’s own BandCamp page. As aforementioned, Coldflesh have a promising future ahead of them based on this short and sweet sample of how crushing their Death Metal can be, and it’s only a matter of time until we hear form those guys again, hopefully with an absolutely demolishing full-length spawn.