It’s time to dive into the progressive dreams of Italian rockers Silver Nightmares in this exclusive interview where they talk about their debut EP The Wandering Angel, their biggest challenges as a band and their main influences in music. 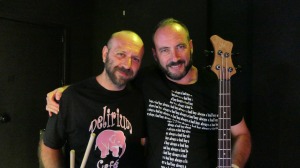 The Headbanging Moose: First of all, thank you guys for the interview. Let’s start with a very simple question, which is who is Silver Nightmares? Could you please talk a little about the band, your origins and your mission?

Alessio Maddaloni: It’s a real pleasure for us! Thank you for the interview and for your support!  The band was formed in Palermo in 2018 by bassist Gabriele Esposito, keyboardist Gabriele Taormina and me on drums. It was a “strange meeting” ’cause we were involved in another band! We had “different views” with the leader of the band, we were quite unsatisfied, so we decided to split and to create a new band. We know it’s impossible to make something “unique” in music but we wanted to mix our various influences to create a “recognizable trademarked sound”. This is our mission 😉

THM: Why has the band gone through so many lineup changes in such a short period of time, as Silver nightmares was just formed a couple of years ago? I mean, what was the main reason for having an unstable lineup until now?

AM: Here in Palermo there are a lot of great musicians but it’s difficult to meet someone interested in creating unreleased music. We, the founders, coexist harmoniously but we were searching for motivated and “enthusiastic people” to play with. We went through several configurations (that’s why we turned our first moniker from “Silver Dreams” to the new one “Silver Nightmares”) until arriving at our current line-up with Mimmo Garofalo (guitars), who some years ago played with Gabriele Taormina in a prog band called Bright Horizon, and Michele Vitrano (vocals) and Tody Nuzzo (guitars), who played with me and Gabriele Esposito in a heavy metal cover band (HM80).

THM: You’ve just released your debut album, entitled The Wandering Angel. Can you give us more details about the album? What’s the main idea or theme behind it, and how happy is the band with the final result?

Gabriele Esposito: Our concept album is about the loss of the human spirituality. Being spiritual to us is more than being religious. Whereas the word “religion” generally refers to organized forms of worship and a wider faith community, “spiritual” often describes people’s private individual beliefs. “Our wandering angel” is coming from a distant star, the star of life. He falls down from heaven and begins its path on earthly contamination. Between heroes of the past and shrewd characters nowadays the real meter of his research will be the journey into the universe. We’re really happy of the result we achieved! We would like to thank all the magazines, fanzines, radio broadcasting for their support.

THM: As a fully independent band, what were the main issues you faced during the recording of The Wandering Angel, and what went better than expected? I’m sure you have a ton of “lessons learned” to share with us.

GE: Well said! It’s not easy for fully independent artists to make the most of every recording session and it is very important to make the right choices. For the pre-production of the EP, we worked out as much as we could before stepping into the studio. Fortunately, we contacted some professionals for the recording, mixing and for the mastering of our work. We didn’t want a “prefabricated sound” (I mean no drum triggers). Of course, there were some mistakes too but as a first studio experience, we think our final result was pretty good.

THM: The entire album carries a very pleasant and cohesive vibe, with each song maintaining pretty much the same level of electricity and a polished yet raw sonority. How did you guys manage to reach such high level of quality and professionalism in your debut album?

GE: Thanks indeed for your compliments! We tried to do our best. Well, as I said before, our EP is a concept album so all the songs are interconnected. For us this was achieved through our central lyrical theme. It was very natural to keep a cohesive vibe and quite the same level of electricity. I mean it was not a deliberate choice… Music guided our journey 🙂 I think this could be our trademark in the future: Let the music guide you and everything will be fine!

THM: One of the songs of the album, D.D. (Dick Dastardly), is obviously your personal tribute to one of the greatest villains in the history of cartoons. How did you come up with the idea of paying a tribute to such unique character, and when and how did you decide it was going to be an instrumental track?

AM: Such is my passion for this cartoon!! 🙂 As you said, Dick is one of the greatest villains in the history of cartoons. He is dishonest, selfish and unsportsmanlike. He definitely wants to win! In life there are a lot of people like him… who fail from the start… About the track… we decided it was going to be an instrument track following the advice of Mimmo Garofalo. We had already written the lyrics but we liked his suggestion and we changed our minds.

THM: How’s the current rock and metal scene in your hometown Palermo and in the entire Sicily? I’m pretty sure that now with all this COVID-19 situation not only the bands but also the venues all over Italy might be struggling to survive. Are you guys experiencing the same issues right now, and how are you dealing with that?

GE: Yep 😦 Fortunately the curve has started to descend and the death toll is also starting to drop. Here in Italy all the venues were closed and there was no chance to rehearse. We stand waiting for better times. During this period of lockdown we began writing new stuff for a full length album and we tried to promote our EP the best we could.

THM: What your main inspirations in music and in life in general? Also, which bands do you dream of sharing the stage one day in Italy, or which rock and metal festivals do you dream of playing anywhere in the world?

Gabriele Taormina: We are music addicted! We have a lot of different influences and tastes. Alessio likes a lot bands like Testament, Judas Priest, Savatage, Annihilator, Marillion, Transiberian Orchestra, Anvil, Jethro Tull. Gabriele Esposito loves fusion but also bands like Supertramp, Toto, Beatles, Iron Maiden, King Crimson, Triumph, Peter Gabriel. I’m mostly into the Prog/A.O.R scene I love Kansas, Queensryche, Ten, Asia, Anathema, Dream Theater, Katatonia, Rush, the Swedish prog etc… I think it could be interesting to share the stage with some of the Italian prog bands. As you know, there is a great “progressive rock” tradition here in Italy. It would be awesome too to play our music in ENGLAND. The homeland of progressive rock 😉 Well, about metal festivals…Progfest, Wacken, Hellfest? 🙂 Why not? 🙂 I have many things to say and write but I’ll stop here, even because dreaming doesn’t cost anything! 🙂 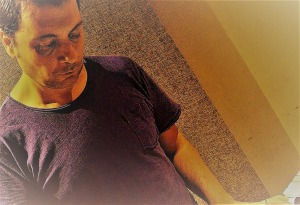 THM: How was your agenda before the lockdown began due to COVID-19? Was the band being scheduled to play all over Sicily, Italy and anywhere else? And what are your plans for after this crisis is over?

GT: We were starting to rehearse with a stable line-up in view of some dates/festivals here to play all over Sicily. We hope this crisis will be over soon! As Gabriele Esposito said, during the lockdown we also began writing songs for the new Cd. We already have some interesting stuff 🙂 We hope to rehearse soon. Time will tell 🙂

THM: Once again, thank you very much for spending some time with us. Please feel free to share anything you want with our readers, including where they can buy your music, and I hope to hear more from Silver Nightmares in a not-so-distant future!

GT: Thank you for the opportunity you have given us today to discuss and to introduce Silver Nightmares! Our EP is available on all the digital stores and CD format (but it’s a special limited edition, 300 copies). We’re also on Bandcamp. If some of your readers is interested in our EP. It’s quite simple to order it! You just need to contact us on Facebook/Twitter/Instagram/Bandcamp or to check the site of the italian label Artewiva. Prog on! 😉