A solitary man on a mission seeking self-emptying and seeing the violent animal within brings to our ears his brand new experimental musical journey. 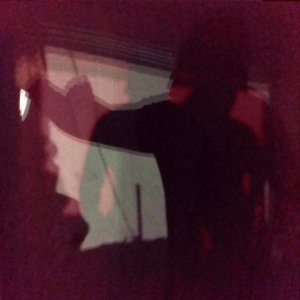 If you throw  the expression “Kuujeojabenojujanomiashikushija” into Google Translator just out of curiosity like I did, you’ll see the app recognizes it as Swahili, translating it to “Come on in, take a look and enjoy yourself!” I have absolutely no idea if that was the intention of the mysterious American vocalist and multi-instrumentalist R.P. when he originally named his Experimental Death Metal project Kuujeojabenojujanomiashikushija, a solitary man on a mission seeking self-emptying and seeing the violent animal within, but just like its name, this extreme music entity offers a weird, uncanny and absolutely experimental musical journey to the listener in its second studio album, beautifully entitled The Hunting Boar! The Hunting Tyrant!, following up on all the madness found in the project’s 2014 debut EP 82121 and its 2017 full-length opus Hheoalle. In addition, as you might suspect based on the uniqueness of the project, absolutely everything in the album was done by R.P. himself, giving it an additional touch of lunacy and rawness and, therefore, sounding very organic from start to finish.

A mix of Industrial and Avantgarde Metal kicks off the album in the wicked intro Ripped Apart Under Glimmering Constellations, before R.P. slashes his raw, dirty guitar and crushes his drums like a maniac in the excellent Christ’s Descent Into Hell, and let me tell you that the song’s lyrics couldn’t have been more insane than what they already are (“Words accursed: mutational and eclipsed / Iron disc, zwarte zon / Coma of the soul from death to death / I wring the neck! It’s finished. / Poison diplomacy”). You better leave your mind and ears wide open as rumbling bass punches, cryptic vociferations and a sense of hopelessness and despair permeate the air in Vision Of Spinning Golgotha, uniting the sickness of Industrial Death Metal with the finesse of Progressive Metal, whereas R.P.’s demented riffs and beats are the main ingredients in Predator Reconfigured As Prey, another disruptive, dissident metal extravaganza that will make your head tremble throughout its less than three minutes of intense obscurity. And extracting sheer rage and insanity from his razor-edged guitar, R.P. offers our ears more of his Experimental Death Metal in Lycanthrope Before God, resulting in a headbanging tune tailored for admirers of the genre. 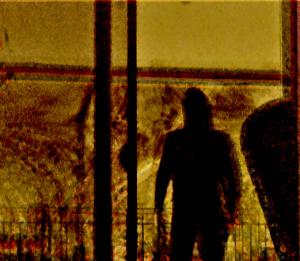 Then eerie noises ignite three minutes of industrialized sounds and tones in the instrumental (and lengthy) aria titled Entry, setting the stage for R.P. to roar venomous words (“If they can see me, I will kill them”) nonstop in They Can See Me, while the music remains as paradoxal to anything that can be called mainstream as possible, making an instant bridge with the also eccentric Murderer Swings The Censer, one of the most progressive of all songs, taking his innovative Death Metal to a whole new level of heaviness and fury and ending in a truly sick manner before R.P. comes ripping once again with his austere riffs and low-tuned bass in Scent Trail Under Arched Sconces. Blending the most visceral elements from Death, Groove and Industrial Metal with tons of feeling and darkness, this is one of the best songs of the album hands down. Lastly, are you ready for another round of sick guitars, pounding drums and wicked background noises? That’s what you’ll get in Do You See Over That Mountain?, sounding like an industrialized and instrumental version of the progressive madness blasted by Mastodon, and morphing into the idiosyncratic Epektasis, starting in an atmospheric and ethereal way before becoming a Progressive Rock and Metal exhibit by R.P. until all fades into the void.

I guess after all is said and done, the aforementioned translation to the project’s name, “Come on in, take a look and enjoy yourself!”, makes total sense, as if R.P. is indeed inviting us all to enter his wicked realm of experimentations and violence, take a very good look (or maybe I should say listen) around, and have a good time to the sound of each one of his multi-layered creations. Hence, in order to do that and show him your support and admiration for the underground, you can start following R.P. and his Kuujeojabenojujanomiashikushija on Facebook and purchase a copy of The Hunting Boar! The Hunting Tyrant! From the project’s own BandCamp page. As R.P. himself likes to cryptically say, “you can kill it, but you must see it”, or in the case of his newborn opus, you can kill “it”, but of course you must listen to his entertaining new album first.

Best moments of the album: Christ’s Descent Into Hell, Predator Reconfigured As Prey and Scent Trail Under Arched Sconces.

Worst moments of the album: Entry.