A fantastic album of 80’s Hardcore and Crust Punk-infused Black Metal by a one-man army from Singapore, paying homage to the terrifying Aghori sadhus. 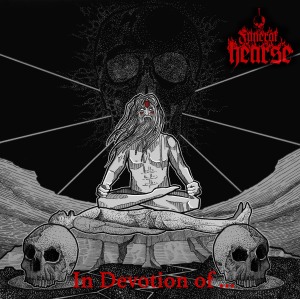 Hailing from Kovan, a neighborhood located within the town of Hougang, in the northeast region of Singapore, Black/Death Metal one-man army Funeral Hearse plays a diverse mix of 80’s Hardcore/Crust Punk-infused Black Metal with themes ranging from religion, politics, nuclear annihilation and society. Formed in 2016 as a two-piece outfit comprised of multi-instrumentalist Azrael (also known as Imran Manaff) and vocalist and lyricist Deadwax, who decided to leave the band in early 2018 leaving Azrael as the sole member, Funeral Hearse returns in full force with its first full-length album, entitled In Devotion of…, fresh off its 2017 successful double EP Heralding the Death Winds and The Fist, The Spit, The Sword, paying homage to the Aghori sadhus, a sect of Hinduism with left-hand path rituals, practices and philosophy towards life and death, bringing their attributes to life through a series of musical onslaught accompanied by sounds of nature interwoven to create a surreal journey.

Written, recorded and produced by Azrael himself, and featuring a dark, straightforward artwork by Czech artist Vojtech Doubek (Moonroot), In Devotion of… follows a similar pattern as the band’s 2017 releases by exploring a recurring theme of religion, this time focusing on the aforementioned Aghori sadhus. “The Aghori Sadhus theme was actually suggested by Deadwax, who was intrigued by this religious sect. He brought the idea to me and after reading more about them we became captivated and enthralled by these Aghoris who would display their devotion through indulging in left-hand practices such as residing on cremation grounds, acts of cannibalism and the list goes on,” explains Azrael on the theme of the album. Musically speaking, In Devotion of… is an ode to all things extreme music, inspired by iconic names such as Marduk, Immortal, Celtic Frost and Darkthrone, among others, leaving you completely disoriented after its infernal 37 minutes of music are over.

A ritualistic, tribal intro morphs into pulverizing sounds and tones in the opening track Into the Eye of the Serpent, where Azrael begins roaring like a demonic entity while at the same time he shreds his guitar chords in a dark and vile manner, not to mention how organic the programmed drums sound, with chaos reigning supreme from start to finish. And a classic Black Metal riffage dictates the rhythm in Burning Embers from a Funeral Pyre, an ominous and dense creation by Azrael that grows in intensity and rage as the music progresses, all enhanced by his visceral growling attack, and with the guitar sounds slashing our ears and minds mercilessly until the song’s cryptic finale; followed by In Worship of the Divine, which already begins at full speed with Azrael smashing his ax in great fashion, adding a touch of Atmospheric Black Metal to his already visceral sound. In summary, this is that type of storm of heavier-than-hell sounds we all love to hear in Extreme Metal. 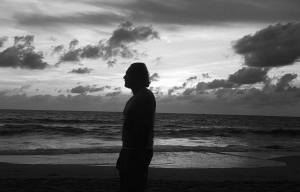 Then delicate sounds kick off the also demolishing Under the Eclipse of a Pale Moon, where Azrael is on absolute fire delivering aggressive riffs and bass punches inspired by the greatest bands of the genre such as Immortal and Marduk, sounding at times like a dark waltz of extreme music. All that sonic havoc gives place to serene notes in Cleansing a Damned Soul, but that peace doesn’t last long as Azrael fires sheer violence and rage from his guitar lines and screams, with the music remaining obscure and sharp until the very end, proving our talented lone ranger loves extreme music from the bottom of his (blackened) heart. And last but not least, simply inhale and exhale deeply for a few seconds before Alternate State of Consciousness puts a ferocious ending to the album, with its old school Black Metal-inspired riffs being flawlessly accompanied by gruesome Death Metal vocal lines, flowing like an arrow in flames through the night, and with an acoustic passage giving us a chance to breathe before Azrael’s final onrush of crushing Black Metal.

I’m a huge fan of one-man bands, not only because it’s impressive how some people are capable of generating a full-bodied sonority all by themselves, especially in the Black Metal scene, but also because those lone wolves (and lone she-wolves, of course) are usually extremely creative when composing their music and writing their lyrics. Who else on earth would be able to bring forth an album of extreme music based on the practices and uniqueness of the Aghori sadhus if not a black metaller like Azrael? Having said that, please don’t forget to show your support to such talented musician by following Funeral Hearse on Facebook and, above all, by purchasing In Devotion of… from the band’s own BandCamp page or from the Spy Satellite Records’ BandCamp page, as well as from iTunes or from Amazon. It’s a world of cannibalism, religion, devotion, life and death in the form of top-of-the-line Black Metal. What else can you ask for in underground extreme music?

Best moments of the album: Burning Embers from a Funeral Pyre and Under the Eclipse of a Pale Moon.