A dissonant Death and Black Metal statement of utter violence and despair against the endless inner struggle caused by the growing lack of meaning in this thing we call life. 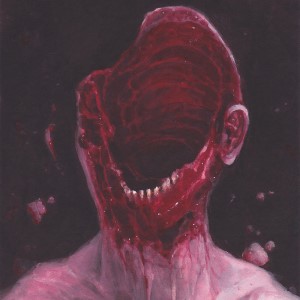 What started in 2019 as the side project of an underground Black Metal band called Deathcrush quickly evolved into one of the most promising acts in the realm of dissonant Death and Black Metal and certainly one that doesn’t fear to experiment, although they remain faithful to Extreme Metal’s sonic roots. I’m talking about Utrecht, Netherlands-based entity Defacement, who after their self-produced debut Deviant are back from the underworld with their self-titled sophomore opus, a statement of utter violence and despair against the endless inner struggle caused by the growing lack of meaning in this thing we call life. Recorded, mixed and mastered at Catacomben Studios, displaying a sinister cover painting by Dusty Ray, and with art direction and layout by Francesco Gemelli, the album is a work poised between horror and introspection, showcasing all the talent and obscurity by vocalist and bassist Forsaken Ahmed, guitarist Khalil Azagoth and drummer Mark Bestia.

Limbo I is a beyond eerie intro sounding as if the gates to the netherworld have been wide open, haunting our souls before Defacement come ripping like a ravaging beast in Shattered, where Mark is simply demonic behind his drums, providing Ahmed all he needs to roar and scream in great Death Metal fashion (not to mention the pulverizing riffage by Khalil). In other words, it’s a lecture in modern-day Death and Black Metal, offering us all almost ten minutes of disturbing sounds and noises, endless obscurity and absolutely no sign of hope. Then even more atmospheric and ethereal, the interlude Limbo II will warm up our senses for the Blackened Doom-infused aria Disavowed, another vile and Stygian creation by the trio with Mark dictating the song’s infernal pace while Ahmed continues to burst his lungs vociferating nonstop, always accompanied by Khalil and his razor-edged guitar lines.

The second act of the album begins with the interlude entitled Limbo III, offering more whimsical sounds while at the same time warning us all of the dissonant metal attack that’s about to come in Disenchanted, which begins in full force to the hellish blast beats by Mark. Needless to say, Khalil is once again on fire with his intricate and extremely caustic riffage, while Ahmed showcases all the dark and fury inside his heart through his putrid roars, followed by their last instrumental bridge Limbo IV, once again displaying serene and calming sounds before Defacement crush our souls one last time in Wounded, featuring guest vocals by Brendan Sloan (Convulsing). The band brings to our ears over eight minutes of sheer brutality and dementia in the form of Death and Black Metal, with the riffs by Khalil reminding me of classic names of the Norwegian scene such as Mayhem and Immortal, flowing majestically until its hammering grand finale. 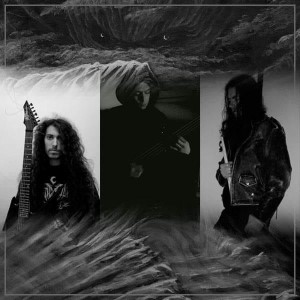 Although the album is only going to be launched in the beginning of September, you can already pre-order your copy from the I, Voidhanger Records’ BandCamp page and from Apple Music, and while you wait for it you should definitely start following Defacement on Facebook for news, tour dates and other nice-to-know information about the band, and stream more of their visceral music on Spotify. From chaotic blasting madness to melancholic slow passages and ambient interludes, Defacement’s atmospheric journey into the depths of the mind is going to leave a mark in the Extreme Metal scene, as well as an ugly scar on your soul, pointing to a promising and utterly vile path ahead of those unrelenting Dutch metallers.

Best moments of the album: Shattered and Wounded.

Released in 2021 I, Voidhanger Records