This talented Italian act is ready to rock and scream out loud once again with their brand new album of old school Southern and Hard Rock. 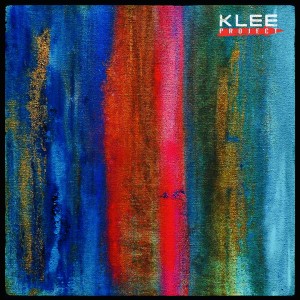 Almost three years after the release of their debut album The Long Way, Rome, Italy-based Southern/Hard Rock act Klee Project is finally ready to rock you like a hurricane once again with their brand new album Screaming Out Loud, showcasing all the passion for our beloved rock music by vocalist and guitarist Roberto Sterpetti, guitarist Chicco Gussoni, bassist Lorenzo Poli and drummer Daniele Iacono. Recorded and mixed at Memphistudio in Rome by Frank Altare and Roberto Sterpetti, mastered at Elephant Mastering by Riccardo Parenti, and featuring lyrics by Jessie Galante and a stylish artwork by Antonella Regi, Screaming Out Loud is a lesson in 80’s Hard Rock that will certainly please all fans of the genre. “Screaming Out Loud was composed in a difficult period and we want to remember it as a sign of confidence, a strong reaction in the face of critical moods. The new album is this, a sense of optimism and hope for the future,” commented frontman Roberto Sterpetti.

The guitars by Roberto and Chicco set fire to the music in Another Man, accompanied by the classic Hard Rock beats by Daniele and the rumbling bass by Lorenzo, also presenting hints of Southern Rock and Metal in their core sonority; and continuing their rockin’ path the quartet offers the electrifying Heaven, living up to the legacy of Italian Rock N’ Roll. Moreover, it’s impressive how their guitars sound so dirty and melodious at the same time, not to mention the old school vocals by Roberto, whereas investing in a stronger Southern Rock vibe, it’s time for the headbanging feast titled Wicked Soul, where the band blends 80’s Hard Rock with the modernity of Godsmack, and the final result couldn’t have been better, led by the slashing riffage by Roberto and Chicco. And One Time is another old school, straight-to-the-point creation by KLEE Project where Lorenzo and Daniele provide Roberto a solid base for his raspy vocals, keeping the energy level of the album as high as an eagle flying in the sky.

Razor-edged riffs are the main ingredients in the Rock N’ Roll party Back on in Love Again, with Daniele kicking some serious ass with his pounding drums while Roberto declaims the song’s 80’s Glam Metal-inspired lyrics (“Here we go / Here we go again / Our love keeps sitting on the fence / You’re playing me / Over and over / Want you to move in a little closer”). It’s then time for a classic Hard Rock ballad by those Italian rockers titled One Word, presenting a decent instrumental spiced up by a soulful guitar solo by Chicco, albeit not as exciting as the rest of the album, while back to a more intense musicality the quartet fires the somber and harmonious Right Now, with the band’s stringed trio being in absolute sync from start to finish while Daniele dictates the song’s catchy pace with his classy beats. The title-track Screaming Out Loud is a classic Hard Rock extravaganza where Roberto leads his crew with his vibrant vocals in the name of our good old Rock N’ Roll, with Chicco once again stealing the spotlight with another in-your-face guitar solo, and lastly we have You’re My Champion, an atmospheric ballad where Roberto fires some inspirational words supported by the enfolding sound crafted by his bandmates, putting a beautiful ending to the album. 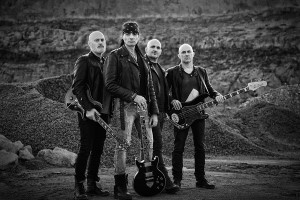 You can easily find more information about KLEE Project, their music, tour dates, plans for the future and other shenanigans on Facebook and on Instagram, and don’t forget to also subscribe to their official YouTube channel and, above all that, to purchase Screaming Out Loud from Apple Music or from Amazon, and to stream the full album as many times as you want on Spotify. The Italian rockers from KLEE Project are waiting for you to join them for a kick-ass Rock N’ Roll party to the sound of their new album, and I bet as soon as you hit play you’ll be banging your head, screaming out loud and rockin’ like there’s no tomorrow together with the band and your loved ones, just the way things are supposed to be in our lives filled with rock and metal music.

Best moments of the album: Wicked Soul, Back on in Love Again and Screaming Out Loud.

Worst moments of the album: One Word.