An unstoppable one-man army from Canada examines the darker side of the human condition in his beautiful new album of Atmospheric and Depressive Black Metal.

After a lengthy hiatus, Quebec, Canada-based Atmospheric Depressive Black Metal one-man horde Nordicwinter came back in a big way in 2020, releasing two new full-length albums (Requiem and Desolation) and showing no sign of slowing down as the project hits us once again with a new full-length album, entitled Sorrow, released amidst the dead of winter. Produced and engineered by the Nordicwinter’s mastermind Evillair (aka Yves Allaire, who’s also responsible for all vocals, all instruments, drum programming, production, engineering, songwriting and lyrics), recorded, mixed an mastered at Dirgevows Studios, and featuring a somber cover image by Melissa Parker, Sorrow examines the darker side of the human condition through somber and melancholic music sticking at a mostly mid-tempo pace, being therefore highly recommended for fans of the music by bands the likes of Xasthur, Austere, NONE and Nocturnal Depression.

And Evillair begins his atmospheric and melancholic journey with Somber Winds of Despair (Part I), showcasing enfolding guitars and a dark vibe, exploding into top-of-the-line Atmospheric Black Metal with the anguished roars by our one-man army penetrating deep inside your soul; whereas beauty and melancholy flow from Evillair’s words (“I see your cold corpse / Laying upon the crimson leaves / I hear the lost song / Whispered by the dismal breeze”) in Sullen Echoes, while the music offers our ears a sinister fusion of Blackened Doom and Atmospheric Black Metal. Then more of his Stygian sounds invade our ears in In This Darkness…, where his incendiary, classic Black Metal riffs will burn your skin mercilessly in paradox with the song’s bitterly cold background, not to mention his gnarls get more and more demonic as the music progresses.

This Mournful Dirge brings to our ears another round of his dark poetry (“In dismal veils of snow / I fade into this tomb / As fading memories / Whisper eternal gloom”) amidst a somber atmosphere in a great display of Depressive Black Metal, followed by Dying Winters, where a beyond embracing start will drag you into the cold lands ruled by Nordicwinter and with Evillair doing a great job with both his growls and riffs, all spiced up by the programmed drums (which sound truly organic, by the way). And what kicked off such intense album is completed with Somber Winds of Despair (Part II), again showcasing sharp but at the same time delicate guitars, venomous, introspective vocals, and a sense of hopelessness permeating the air until the very last second. In other words, a simply stunning creation by Evillair and his Nordicwinter, ending in a more than hypnotizing way and flowing into Enshrined by Solitude, a funereal, depressive outro that will darken your thoughts as the storm gets closer and closer. 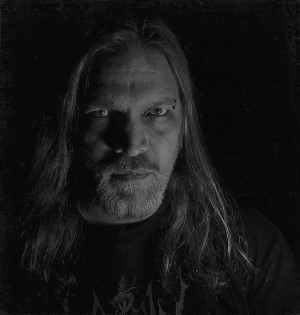 You can easily join Evillair and his Nordicwinter by streaming Sorrow in its entirety on YouTube and on Spotify, savoring every second of its over 50 minutes of solitude and introspectiveness, but don’t forget to also follow the project on Facebook and on Instagram for news and other nice-to-know details about this lone wolf of the Great White North, and above all that, to purchase a copy of the album from the project’s own BandCamp page, from the Hypnotic Dirge Records’ BandCamp page or webstore (as a regular CD or as a very special bundle), from Apple Music or from Amazon. In a nutshell, Evillair more than succeeded in providing us his view of the darker side of the human condition through his music, leaving us eager for more of his stunning Black Metal in a not-so-distant future.

Best moments of the album: In This Darkness… and Somber Winds of Despair (Part II).