Descend into the crypts of Hades to the sound of the perturbing and dense Black Metal brought forth by this ruthless Venezuelan horde. 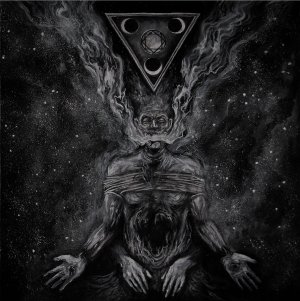 Forged in the scorching fires of Maracaibo, Venezuela in 2014 from the ashes of a band called Daemonhorn, but currently located in Colombia, old school Black Metal horde Theurgia are among us to blast pure hatred and violence with the release of their debut full-length album, titled Transformation. Recorded at Fenix Estudio in Barranquilla, Colombia, mixed and mastered at Dae Home Studio, and featuring an ominous album art created by John Quevedo Janssens (with the art in the digital edition being designed by the band’s own vocalist and guitarist Daemonae), Transformation brings all elements that make traditional Black Metal so compelling and menacing, helping the band carve their name in the history of underground South American extreme music.

The word “Theurgia” is the Lesser Key of Solomon (also known as Clavicula Salomonis Regis) called “Ars Theurgia Goetia”, the invocation of 31 demonic entities (those being emperors, dukes, kings and princes) with special characteristics. With such an imposing name, the music by Theurgia couldn’t sound more perturbing and dense than what they offer us in Transformation, with their lyrics talking about important topics such as general philosophy and war (in full gear). In the 40 minutes of visceral, disturbing music of the album, the band comprised of lead singer and guitarist Daemonae, guitarist Mortum P., bassist Teuterastus and drummer Hellbeats deliver an enraged message to the world, stating that darkness is upon us and there’s nothing we can do to avoid our grievous fate. In other words, if you’re searching for high-end raw old school extreme music or even the perfect soundtrack to the apocalypse, Transformation has exactly what you need to enfold your darkest and most villainous thoughts.

An intro directly from the pits of hell, titled The Torch ov Creation, announces devastation is about to break loose in ILV (The Verb of Waters), which begins in a doom-ish mode until Daemonae starts to fire his blackened growls while Hellbeats lives up to his own moniker on drums, with the music gradually evolving to raw and furious old school Black Metal. If that solid start is not heavy enough for you, the title-track Transformation presents the Venezuelan quartet on their most menacing beast mode, with Mortum P. delivering truly infernal riffs that effectively complement the demented drumming by Helbeats. Put differently, this full-bodied ode to darkness will offer your ears a chaotic havoc of Black Metal sounds led by the aggressive gnarls by Daemonae. 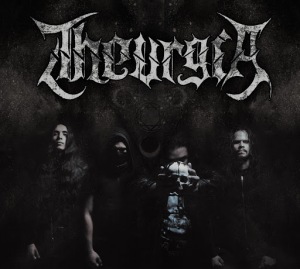 Transmutation (Of Synesthetic Formula) brings forward more of the band’s evil and obscure sounds, with Daemonae vociferating like a demonic entity while Teuterastus and Hellbeats threaten us all with their rumbling instruments, disturbing our senses until the songs climatic ending. Then we have My Oeneric Dreams, a short, ominous bridge to the visceral Procesio IV – Monotonous Chant, another song that begins in a Doom Metal fashion before exploding into a haunting feast of Black and Death Metal. This is a top-notch blackened aria where Hellbeats sets fire to the musicality with his drums, while Mortum P. distils his sulfuric riffs mercilessly. If you’re a fan of vile Blackened Death Metal, this song is simply tailored for your avid inner demon.

There’s no time to breathe with an onrush of crushing extreme music named Procesio V – Dolorvm, presenting an imposing sonority generated by the mesmerizing Black Metal riffs by Mortum P. and the unearthly bass by Teuterastus; followed by Procesio VI – Mea Spíritus in Opium (the creation of our souls before apparent orthodox existence), where the band gets to a truly demented level, delivering high dosages of putrid gnarls, devilish riffs and blast beats, resulting in a scathing descend into the crypts of Hades with Theurgia, therefore ending the album on a high note. And as a bonus track to the physical version of the album we have their cover version for Dissection’s Retribution – Storm of the Light’s Bane (check the original version HERE), taken from the tribute album “In Memory of Jon Nödtveidt – A Tribute to Dissection”, bringing all the fury of the original song by Dissection with Theurgia’s own perverse twist.

You can easily join the dark side of South American Extreme Metal by following Theurgia on Facebook and YouTube, and purchase your copy of Transformation, which you can listen in its entirety HERE, through the Throats Productions’ BandCamp, the Worship Tapes’ webstore, the Esfinge Records’ webstore or at Discogs. And after listening to Transformation, may your soul never be in peace again.

Best moments of the album: ILV (The Verb of Waters), Transformation and Procesio IV – Monotonous Chant.