Embark on a journey through the aggressive peaks and heavenly calm moments of life and death, crafted by a five-piece Iranian act that’s willing to face all adversities in their homeland to spread their music all over the world. 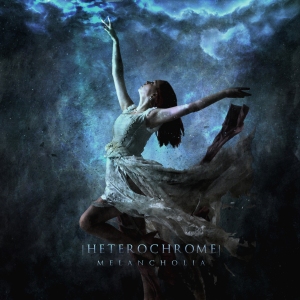 Every single time we at The Headbanging Moose do a review of an album by a band hailing from the Middle-East, we never know exactly how hard and dangerous it was (and is) for that specific band to record that album due to all restrictions imposed by religious and political parties in those countries. If you have no idea of what I’m talking about, take a quick read at this short and sweet article titled “How playing heavy metal in Iran can put your life in danger”, posted online at the Huck Maganize website. Formed in 2014 in Tehran, the capital of Iran located in the north of the country, female-fronted five-piece Progressive Metal act Heterochrome have just released their debut effort entitled Melancholia, a journey through the aggressive peaks and heavenly calm moments of life and death, and it seems that they are willing to face all perils and adversities in their homeland to spread their music all over the world.

The band was brought into being when guitarist Mohammadreza Rezaei and vocalist Mida met each other in 2014 and started writing music together, with the rest of the band members joining the duo in the coming years. Displaying a delicate but powerful artwork designed by Caelan Stokkermans, from Caelan Stokkermans Arts (who already worked with another band recently reviewed at The Headbanging Moose, called Ezerath), Melancholia is an amalgamation of sounds and styles, from the darkest and heaviest screams and thoughts to moments of tenderness, love and hope, all meticulously embraced by the band’s progressive and intricate passages. Furthermore, Mida ends up stealing the spotlight with her passionate vocal performance throughout the entire album, and if what people say is true about how women are completely discouraged to create music (in special Heavy Metal) in Iran, putting even their lives in danger for doing that, then she’s not only a highly skilled singer, but also a daredevil metalhead.

The opening track Cage displays tons of progressiveness flowing from all instruments from its very first second, being led by the sharp guitars by Mohammadreza and his bandmate Khashayar Oveisi, with Mohammadreza and the angelical voice of Mida bringing a classy and melancholic vibe to the music. Then leaning towards Progressive Rock blended with contemporary Hard Rock we have Hang, where Mida enchants us all to the precise beats by drummer Mohammad Mirboland and the metallic bass by Armin Afzali, with the songs harsh growls adding  an extra dosage of heaviness and electricity to the song’s introspective lyrics (“Every breath I take, brings me closer / Every second wasted, counts past the border / Every bridge falls broken, burning over  / As I sprint through the myst, the night is over”). 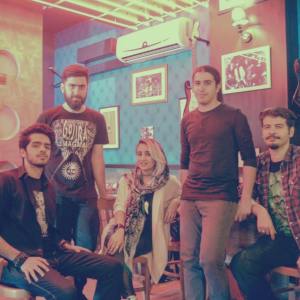 The following track, named Regret, is a smooth instrumental Progressive Metal tune with hints of Acid Rock, generating a dark and soulful “waltz” perfect for closing your eyes and banging your head together with the band. Moreover, Mohammad becomes the “captain” of the ship with both his fast-paced beats and more rhythmic drumming, with the song ending with a kick-ass guitar solo by Mohammadreza. And the band keeps the momentum going with Purgatory, a song highly recommended for fans of all types of heavy music that can be broken down into several distinct pieces, from the hypnotizing, gentle parts led by Mida to a pure metallic extravaganza and more progressive passages, therefore showcasing all the band’s versatility and also experimenting with darker sounds and nuances of Rock N’ Roll.

Their most experimental vein rises in Paradise, with the guitar duo comprised of Mohammadreza and Khashayar spearheading this feast of whimsical tunes and notes, boosted by the intricate bass lines by Armin. Furthermore, this pleasant composition proves Heterochrome definitely know how to use the fusion of male and female vocals in all their creations in a beyond compelling way. And last but not least, let the fires burn to the sound of the thrilling chant Inferno, a multi-layered mid-tempo tune that will pierce your mind and hypnotize you, while the bass lines by Armin embrace Mida’s stunning voice. Once again presenting a gripping guitar solo by Mohammadreza and beautiful, poetic lyrics as the icing on the cake (“Let me bleed / Naked by the fire / I’m drowning deep / Drowning in denial / Burning in / The inferno I made for myself”), the song remains flawless from start to finish, flowing to a gentle ending full of melancholy bursting from both Mida’s and Mohammadreza’s voices.

As aforementioned, I don’t know for sure how dangerous it is for a band like Heterochrome to craft their music in Iran, but it seems that they’re more than ready to take all possible risks in the name of Heavy Metal. With that said, we should all show our utmost support to those Iranian metallers (and to their freedom of speech) by liking their Facebook page, listening to their music on YouTube or on Spotify, and especially by purchasing Melancholia on BandCamp, iTunes, Amazon or CD Baby, always hoping that they succeed in their arduous journey and that they keep delivering good metal music to our ears, therefore inspiring others in Iran to do the same.

Best moments of the album: Hang and Inferno.