Waging a war against stereotypes since the late 90’s, here comes a fast and furious power trio with their band new and electrifying opus, showcasing all their pride for their Korean heritage. 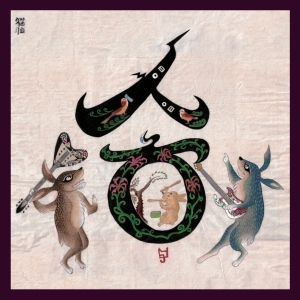 Although you might have never heard of South Korean Thrash Metal squad Sahon, those Asian metallers have been waging a war against stereotypes since the late 90’s, forging a sound that distills the best elements of Extreme Metal into a form of Thrash Metal that holds its own when pitted against the rest. Now in 2018 it’s time for vocalist and bassist Yong Ho Lee, guitarist Chang Myeong Lee and drummer Kyoung Hong Kim to unleash their latest opus, entitled Chanting For The Fallen, a lesson in Thrash Metal that showcases all the band’s pride for their Korean heritage and, as a consequence, makes them stand out in an overcrowded genre.

Formed in 1999 in the Korean capital Seoul, Sahon have always played austere and frantic Thrash Metal heavily influenced by both Death and Black Metal, singing about everyday topics such as politics, death, hate, Satanism and sex, being highly recommended for fans of renowned acts like Exodus, Destruction and Kreator. After the releases of a few full-length albums and one EP, Sahon are sharper than ever with their new installment Chanting For The Fallen, with the album’s stunning and peculiar artwork depicting their strong connection with their culture and country’s heritage, adding an extra touch of awesomeness to an album that has no weaknesses and shows no mercy for our spinal cords.

The pounding drums by Kyoung Hong Kim and the rumbling bass by Yong Ho Lee ignite the Slayer-inspired thrashing feast Faith of Savagery, bringing forward a demolishing sonority led by the demented vocals by Yong Ho Lee during the song’s four minutes of brutality highly recommended for simply getting smashed into the circle pit. And Chang Myeong Lee keeps firing old school Thrash Metal riffs through his flammable guitar in the insanely awesome At The Edge Of Cliff, while Yong Ho Lee vociferates like a maniac nonstop, living up to the legacy of Bay Area Thrash; followed by Survive, presenting a band that doesn’t know how to slow down or sound less violent than their music idols. Furthermore, not only this fun composition carries a name that’s beyond perfect to be the soundtrack to a brutal mosh pit, but Kyoung Hong Kim sounds truly infernal on drums from start to finish, keeping the song’s pace at a demented level. Less intense in terms of speed but extremely heavy and aggressive, Condemnation presents Yong Ho Lee not only barking like a beast, but his bass lines are also as thunderous as hell, with the music exploding into classic Thrash Metal in its final (and pulverizing) segment.

And there’s no time to breathe with another sonic havoc crafted by the Korean power trio of Thrash Metal, titled Charge Till The End, a song that shows all their passion for the boisterous music by iconic bands like Slayer and Exodus, spiced up by some classic guitar solos by Chang Myeong Lee. Then with its intro and initial riff inspired by Motörhead’s all-time classic “Overkill”, which ends up giving the song a more visceral and electrifying vibe, Born To Lose Live To Win brings forward amazing performances by all three band members, in special Kyoung Hong Kim with his ass-kicking beats, in what can be considered the ultimate fusion of old school Thrash Metal and badass Rock N’ Roll. In Joy Of Hatred the band delivers more Thrash Metal from the 80’s to your metallic years with a modern twist, with Chang Myeong Lee once again cutting our skin like a butcher with his razor-edged strings. In other words, it can’t get any thrashier than this. And lastly, their coup de grâce comes in the form of a one-and-a-half minute infernal hurricane of Thrash Metal with strong Black Metal influences and nuances titled You Shall Pay, where Yong Ho Lee has his most disturbing and demonic vocal performance of the whole album.

All the madness and devastation in the form of Thrash Metal blasted by Sahon can be better appreciated by following them on Facebook, and of course by purchasing Chanting For The Fallen from their own BandCamp page or from the Transcending Obscurity Records’ webstore. After listening to this sensational album of old school, unrelenting Thrash Metal, not only you’ll get addicted to the music by Sahon, but I bet you’ll start saving some money to travel to South Korea just to have the pleasure of witnessing at least one live performance of the trio, smashing everything and everyone that crosses their path with absolutely no mercy.

Best moments of the album: At The Edge Of Cliff, Survive and Born To Lose Live To Win.