Blending rock and punk influences with the violence of Death, Thrash and Black Metal, this Finnish squad is more-than-ready to mosh and roll in their first full-length release. 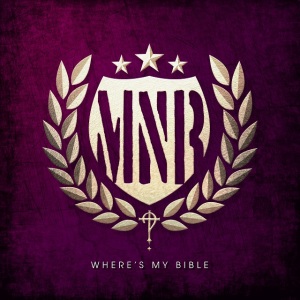 Blending rock and punk influences with the more violent and austere Death, Thrash and Black Metal sounds, Finnish Mosh N’ Roll squad Where’s My Bible (and yes, that’s the actual name of the band) was formed in 2014 in the city of Heinola with the intention to just have fun and play, although the thought of being taken seriously quickly kicked in, culminating with the release of their debut EP named The Beginning in early 2016. A major milestone for the band, which is reflected in the title itself, the EP led the band to participate in several concerts and festivals in the following months, including a spot in the main stage of the renowned Tuska Open Air in 2017, secured after winning the Tuska-Torstai competition hosted by the festival.

The band kicked off 2018 by starting the recording of their debut album, simply titled M’N’R (the acronym for Mosh N’ Roll), an energetic and upbeat representation of the band’s sound, being released in the fall this year. In other words, if you enjoy slamming into the circle pit and enjoying a cold beer while listening to our good old Rock N’ Roll, but with a more venomous metal twist, get ready to rock together with frontman Jussi Matilainen, guitarists Toni Hinkkala and Pasi Löfgren, bassist Jarno Laakkonen and drummer Antti Jokinen, and enjoy all those fun bruises that high-octane feast of sounds will leave on your body.

A wicked intro kicks things off, setting the tone for the thrashing party titled Speedload, led by the rip-roaring riffs by Toni and Pasi, while Antti hammers his drums like a good thrasher that he is. Also presenting elements from Hardcore and Metalcore, this is not only a true headbanger but a fantastic welcome card by the band, with highlights to the sick growling by Jussi. If you love hitting the dance floor and crushing your skull, well, the time is now, as Where’s My Bible deliver a neck-breaking and vibrant tune named Dancefloor, with Toni and Pasi getting the support of Jarno and his thunderous bass to generate a dense and electrifying ambience, living up to the legacy of 80’s Thrash Metal with a modern vibe; and Jarno ignites another classy exhibit of Mosh N’ Roll titled Absinthe, bringing elements from Punk Rock and Hardcore to their already incendiary sonority. In addition, Jussi sounds even more demented on vocals, helping to keep the music violent and melodic from start to finish. 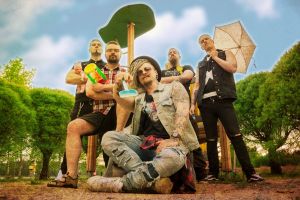 Then the acoustic and somewhat atmospheric bridge Interlude gives us time to recover our energies before Jussi comes growling as deep as a knife would go in Meatholder, a demolishing display of Melodic Death Metal and Metalcore where the guitars by Toni and Pasi exhale heaviness, rage and harmony in an amazing sample of what the band is capable of. Faster than a bullet and as heavy as hell, Me Myself and I is a sonic extravaganza where Antti doesn’t stop pounding his drums in over six minutes of unrelenting Finnish Thrash Metal, getting considerably progressive and atmospheric towards its ending. Transcendence is another song that surpasses the six-minute barrier, something not very common for Thrash Metal bands, but that keeps the energy level high until its last second, which means there’s plenty of time for you to break your neck headbanging to the vicious riffs by Toni and Pasi while Jussi continues to bark and gnarl manically. And lastly as a bonus track we have Failure, originally recorded back in 2016 and featuring Leevi Luoto (responsible for guitars and clean vocals for Finnish Metalcore act One Morning Left), remaining aggressive, raw and frantic throughout its entirety.

In the end, I guess the best way to summarize M’N’R is by taking a few interesting steps. First of all, simply follow Where’s My Bible on Facebook and listen to M’N’R on Spotify or, even better, show your support to those Finnish metallers by purchasing the album from the Inverse Records webstore, from Record Shop X, from metalmailorder.com, from iTunes or from Amazon, then fill your refrigerator up with some good quality beer, invite your friends for the night, and there you have a true Rock N’ Roll party with a beyond special Finnish Mosh N’ Roll touch. What else can you ask for in good Scandinavian music, right?