Rising as a mythical creature, this Brazilian Atmospheric Sludge and Doom Metal outfit is ready to haunt our souls with the crushing, primeval music found in their brand new opus. 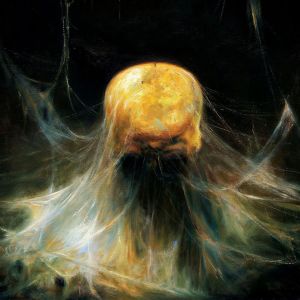 Formed in 2013 in the city of São Paulo, Brazil, the unyelding Atmospheric Sludge/Doom Metal outfit Jupiterian is back in action after releasing their groundbreaking album Terraforming in 2017, which was akin to the sound of tectonic plates shifting. In the aftermath of that event, a new revelation has been unearthed, their magnum opus Protosapien. Featuring a Stygian artwork by Polish artist Mariusz Lewandowski, it slices through the ominous atmospheric murk of the band’s previous effort and in an almost primitive yet strangely evolved manner, goes for the jugular. Comprised of Von  vocals, guitars and synths, A on the guitar, R on bass and G on drums, Jupiterian rise as a mythical creature, imbibing everything that transpired and distilling it all to create something highly potent, dense and sonically immeasurable, a form of harrowing, otherworldly Sludge and Doom Metal that lumbers on erratically, carving their own path, trampling on anything that dares stand in their way, and being therefore highly recommended for admirers of the music by  Eremit, Loss, Primitive Man, Gaerea and My Dying Bride, among others.

The phantasmagorical and cinematic intro Homecoming will crawl deep inside your skin and darken your heart until the gates to the underworld are open with the imposing Mere Humans, where the reverberating bass by R and the Stygian riffs by V and A will make your head tremble while G fires sluggish, doomed beats nonstop. V’s and A’s dirty and piercing guitar lines keep bringing darkness to us all in Voidborn, accompanied by G’s damned drums and the hellish vociferations by V, being perfect for cracking your neck headbanging in solitude. Put differently, this is the epitome of primeval Sludge and Doom Metal spiced up by the obscurity of Blackened Doom, whereas in the vile Capricorn we’re treated to a ritualistic doom aria spearheaded by G’s tribal beats, with the quartet bringing forward a sharp hybrid of American Sludge Metal and classic Doom Metal. Furthermore, the bass punches by R sound absolutely metallic, taking the song’s malignancy to a whole new level. And they offer more of their raw and unearthly sounds in the heavy-as-hell Starless, showcasing a great sync between R and G with their respective bass jabs and drums while the inhumane growls by V add an extra touch of evil to the overall result. Lastly, a gargantuan roar by V ignite the one hundred percent, unfiltered Atmospheric Doom Metal feast titled Earthling Bloodline, where G pounds his drums slowly and steadily while his bandmates generate a menacing ambience with their strings from hell. 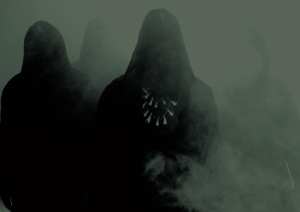 There are numerous places where you can put your dirty hands on Protosapien, such as the band’s own BandCamp page, the official Transcending Obscurity Records webstore (where you can find precious gems such as the 8-panel digipak CD with metallic effect and sandalwood fragrance or an amazing boxset including an autographed LP), the Transcending Obscurity Records webstores for the US and Europe, Apple Music, Amazon and so on. Hence, you can also support those Brazilian doomers by following them on Facebook, Instagram and YouTube, and also by streaming all of their wicked creations on Spotify. As aforementioned, like a mythical creature Jupiterian are among us to haunt our souls and blacken our damned hearts, having in Protosapien the perfect weapon to attack us all with their crushing, antediluvian doom.

Best moments of the album: Capricorn and Earthling Bloodline.