A unique and caustic album of Black Metal made in Poland about myths, projections, appearances, fears we fight, and the legacy we cannot deny. 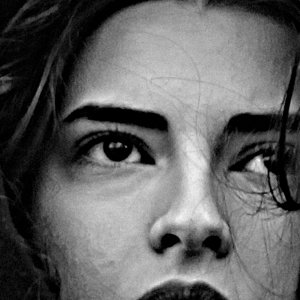 Formed in the year of 2009 in the obscure basements and gray courtyards of the charming city of Kraków, in Lesser Poland by vocalist, guitarist and bassist Stawrogin (Gruzja, Massemord and Totenmesse) and guitarist, bassist and drummer Priest (Massemord, Totenmesse and Voidhanger), the Stygian Black Metal duo known as Odraza, or “disgust” from Polish, returns from the pits of the underworld with their sophomore studio album Rzeczom (“things”), the follow up to their 2014 debut opus Esperalem Tkane. Recorded, mixed and mastered at Impressive-Art Studio in Beskidu Małego, Poland, and portraying the stunning Polish model Dorota Maria Kuźmicka as its cover art, Rzeczom will take you on a dark and captivating journey through the wicked world of Odraza. “We dedicate Rzeczom to ourselves, the authors. It is a diary; excerpts from our lives and the lives of the people once close to us come across the words by the authors that inspire us. It is about myths, about projections, appearances, fears we fight, and the legacy we cannot deny. It is also about the lie – after all, it is but us who decide how many of those memories reflect what has never been,” darkly commented the duo about their new and weird creation.

In the opening tune titled Schadenfreude (“malicious joy” or “spitefulness” from German), an eerie, cryptic intro quickly explodes into modern and visceral Black Metal led by the duo’s scorching riffs, with Priest blasting savagery and intricacy through his beats nonstop. The album couldn’t have started in a better (and more venomous) way, I might say, with the duo’s rumbling bass igniting the title-track Rzeczom, sounding as if Triptykon went full Blackened Doom. Moreover, Stawrogin growls and barks like a true demonic beast throughout the entire song, spiced up by somber passages and vicious backing vocals, resulting in a song definitely not recommended for the lighthearted. Then back to a more ferocious and berserk mode those Polish metallers fire the Behemoth-inspired W Godzinie Wilka (“at the hour of the wolf”), bringing to our ears Blackened Death Metal at its finest with Stawrogin’s harsh gnarls being effectively supported by Priest’s pounding drums; whereas a serene, acoustic intro permeates the air in …Twoją Rzecz Też (“…your thing too”), evolving into a metallic and alternative, almost circus-like onrush of sounds showcasing the band’s versatility and their will to never sound outdated or repetitive.

Once again sounding wicked and vile form start to finish, the duo surprises us with another round of unusual extreme music in Długa 24 (“long 24”), where Stawrogin does a very entertaining job with both his darker vocals and his clean vociferations, followed by Świt Opowiadaczy (“dawn of the storytellers”), offering the listener six minutes of obscure passages and endless violence flowing from their damned instruments, with Priest stealing the spotlight with his frantic and intricate drumming. And venturing through the realms of Doom and Stoner Metal to give their core Black Metal an even more badass vibe, they offer us all Młot Na Małe Miasta (“a hammer for small towns”), with both Stawrogin and Priest extracting electricity from their stringed weapons and, therefore, keeping the album at a high level of obscurity and madness.

After such demented tune, we’re treated to Najkrótsza Z Wieczności (“the shortest of eternities”), a contemplative and melancholic display of extreme music made in Poland where Stawrogin devilishly declaims the song’s Polish words, being multi-layered and grim just the way we like it in Extreme Metal. Following this cryptic composition, a phantasmagorical storm is about to begin in Bempo, growing in intensity until morphing into ass-kicking Blackened Death Metal led by Priest’s always fulminating drums, also showcasing a razor-edged guitar solo by guest musician Azar. And last but not least, it’s time for Odraza to stun us once and for all with eight minutes of absolute darkness in the instrumental aria Ja Nie Stąd (“I’m not from here”), starting in a progressive and atmospheric manner and flowing beautifully to the riffage and beats by the band’s dynamic duo until its inevitable and ethereal end.

This precious gem of contemporary Black Metal made in Poland can be better appreciated in its entirety on YouTube and on Spotify, but of course you should definitely buy a copy of the album from Odraza’s own BandCamp page, as well as from the Godz Ov War Productions’ BandCamp page or webstore and from Discogs, showing your true support to the talented Stawrogin and Priest and to the entire underground scene. Also, don’t forget to follow Odraza on Facebook and to subscribe to their YouTube channel for news, tour dates and more of their distinguished music. It doesn’t matter if you are a native Polish metalhead or if you don’t understand a single word said by the band in Rzeczom, this is the type of album that’s a must-have in your collection of dark and acid extreme music, and just like Odraza dedicated the album to themselves, you can go ahead a dedicate it to your own Black Metal persona in your most introspective moments in life.

Worst moments of the album: Długa 24.