An unrelenting horde hailing from Brazil is ready to distill their raw, unfiltered Black Metal armed with their sulfurous new opus. 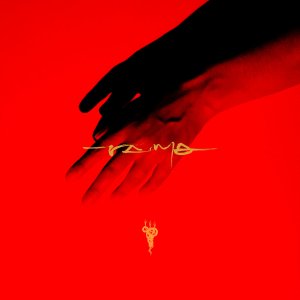 Formed in the already distant year of 2001 in the city of São Paulo, Brazil under the name Nekros with the sole objective of distilling Black Metal in its rawest aspect, an obscure Black Metal entity currently known as Creptum has just unleashed upon humanity their sophomore effort entitled VAMA, the follow-up to their 2016 debut opus Of Lies, Curses and Blood and their 2017 EP Reborn in Flames. Produced by Marcos Cerutti and featuring a blood-red artwork by Brazilian designer Raphael Grizilli, VAMA will certainly please all diehard fans of the old school Black Metal blasted by renowned acts such as Marduk, Gorgoroth, Sarcófago and Dark Funeral, among others, showcasing all the talent and obscurity by the band’s renewed lineup featuring vocalist and guitarist Nebro, guitarist T. Aversvs, bassist Corvo and drummer Animus Atra, positioning such distinct horde as one of the most interesting names of the underground Brazilian scene.

Animus Atra begins hammering his drums vigorously accompanied by the Black Metal riffage by Nebro and T. Aversvs in the opening aria Earth, while Nebro barks like a rabid beast nonstop, also bringing an ominous aura from Atmospheric Black Metal, whereas sounding more enraged, heavier and more demonic, the band goes full Black Metal in Reborn in Darkness, tailored for fans of the scorching music by Marduk and Darkthrone, with Nebro and T. Aversvs once again slashing our ears with their blasphemous riffs supported by the low-tuned, menacing bass by Corvus. Then strident guitar lines permeate the air in the also venomous 156, a hard-hitting, metallic extravaganza led by the band’s infernal kitchen of Corvus and Animus Atra, living up to the legacy of classic Black Metal infused with melodic nuances, followed by The Moon Above, bringing forward cryptic words vociferated by Nebro (“I hear the pounding of drums / My bones shiver with their sound / And I feel my heart, I feel my heart racing / I feel the dirt beneath my feet, / The transmutation of black moon above me / I feel the heat of the battles / That are now happening within”) while his bandmates keep the ambience as dense, ominous and electrifying as possible.

The title-track VAMA is another Stygian composition where the entire band adds hints of Doom Metal to their already sulfurous Black Metal, with Animus Atra alternating between vicious blast beats and sluggish, phantasmagorical passages, sounding utterly detailed and captivating from start to finish; and the acoustic instrumental tune Kundaliní gives us a few moments of introspection and peace before all hell breaks loose in Revolution Within, a disruptive onrush of Black Metal sounds spearheaded by Animus Atra and his demented drums, with Nebro growling deeply and rabidly while Corvo is unstoppable with her wicked bass punches. Creptum don’t stop darkening the skies and our souls with their imposing and epic Black Metal sonority in Devouring Mother, sounding as if Immortal and Mayhem had a bastard son while the gruesome gnarls by Nebro penetrate deep inside your psyche, until the closing tune On My Skin brings to our ears a few brief moments of serenity before the quartet crushes our skulls one last time with their heavy-as-hell sound, presenting a neck-breaking rhythm led by Animus Atra’s classic beats.

This fantastic display of South American Black Metal can be appreciated in full on Spotify, but of course if you want to show your true support and admiration for this Brazilian horde you should definitely purchase VAMA from their own BandCamp page, from the Drakker Productions’ BandCamp page or webstore, from Apple Music or from Amazon. In addition, don’t forget to follow Creptum on Facebook, Instagram and YouTube for news, tour dates and more of their incendiary music, consequently proving you’re a true disciple of the underworld. VAMA is not just another album of Black Metal, but a bold statement by a band that is fully dedicated to such obscure subgenre of heavy music, and above that, to show Brazil can also be an excellent source of the most extreme type of music you can think of.

Best moments of the album: Reborn in Darkness, VAMA and Devouring Mother.

Worst moments of the album: Earth.