Enjoy this outburst of different emotions and feelings, embraced by the heavy sounds of Post-Metal and the delicate but obscure ambience of Atmospheric Black Metal. 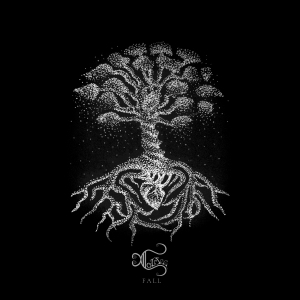 The album I’m going to talk about belongs to one of those bands that are capable of transforming all the ravage, darkness and anger of raw Black Metal into daintiness and melancholy without losing that inner aggressiveness necessary in good extreme music. However, don’t ask any of the members from British Atmospheric Black/Post-Metal act Cairiss how exactly they do that, as there’s no magic formula to reach the musicality presented in their debut EP entitled Fall. They simply let their hearts guide their creativity, resulting into an outburst of different emotions and feelings embraced by heavy passages, piercing sounds and a delicate ambience.

Founded in Southampton, UK in 2013 by guitarist Ethan Bishop in collaboration with his partner, vocalist Freyja Brown, this promising female-fronted band released their first demo track, named Disgraced (one of the songs from the EP, by the way) in 2014, which has generated so far over 80,000 views on YouTube and over 600 downloads via their Bandcamp page. Highly influenced by bands such as Opeth and Alcest, Cairiss offer in Fall a 30-minute passionate voyage through the worlds of Atmospheric Black Metal, Post-Metal and Progressive Metal split in three distinct compositions, all wrapped up by a dark and minimalist artwork designed by Freyja herself.

For The Lives He Stole, with its serene and charming piano notes, brings forward a soothing ambience that gradually moves to a heavier sounding beautifully enhanced by the smooth voice of Freyja, suddenly exploding into demonic growls and, consequently, reminding me of the contemporary music by Danish one-woman project Myrkur. Furthermore, Ethan and his bandmate Martin Williams do a great job on guitars, firing melancholy and pain through their riffs while drummer Connor Frapwell adds his share of Doom Metal and Atmospheric Doom to the musicality with his hefty beats. Not only that, the slow and somber breaks and soulful guitar solos are more-than-welcome ingredients to this 12-minute aria, with the darkness contained in the musicality growing until the song’s introspective ending. 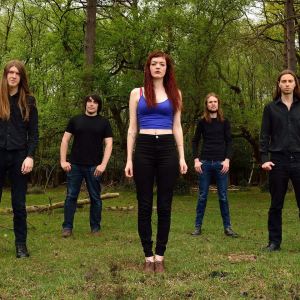 Strong emotions arise when the classy chant Disgraced, their aforementioned debut single, kicks off with beautiful Doom Metal riffs boosting its obscurity while its angelic ambience brings peace to our hearts. In this precise fusion of traditional Black Metal and Atmospheric Black Metal, the amazing Freyja ranges from the most charming clean vocals to pure hellish screeches (which obviously bring with them some traditional blast beats by Connor to properly blacken the whole composition), turning this into the most complete, exciting and well-crafted of the three tracks in Fall.

Last but not least, we have the title-track, Fall, a delicate Post-Metal composition focused on the smooth vocals by Freyja accompanied by some acoustic guitar lines and a calm environment. It’s undoubtedly the least Black Metal of all songs, getting closer instead to being a soundtrack to a drama movie with a touching ending. In other words, this is another taste of the uniqueness this talented band is capable of delivering to fans of complex and heavy music, leaving the doors open for more of their stylish Post-Metal in a not-so-distant future.

Which surprises the minds of Ethan and Freyja have for us as Cairiss evolve as a band only time will tell, but in the meantime there’s already a lot to relish in Fall, which can be listened in its entirety on their YouTube channel and purchased at their BandCamp page or on iTunes. Let’s just hope the wait for the next step in their career doesn’t take too long and that they release either another EP or maybe their first full-length album soon, permeating the air with their sophisticated and heartwarming music once again for our total delight.

Best moments of the album: Disgraced.